The water is called to be for the geopolitics of the twenty – first century what oil was to the twentieth century, so it will become the cause of great conflict . Former World Bank Vice President Ismail Serageldin predicted in 1995 that “the wars of the next century will be over water . ” It was a bold claim, based on human behaviors that have led to growing shortages of safe water in some of the world’s most conflictive political areas.

The predictions of great wars between nations over water have not come true … yet. But there is no shortage of battles for this essential resource. The bitter conflicts at the regional level in some parts of the planet already take a very high price in terms of lives and well-being. And they could turn into something more deadly . 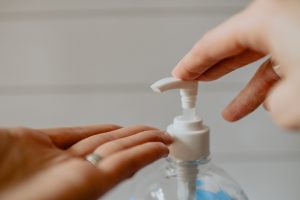 Often referred to as the “water wars” thesis , this idea suggests that increasing scarcity of this resource will lead to violent conflict as its availability is reduced to certain communities. Analysts are concerned about declining water supplies , a product of climate change, forest destruction, pollution and population growth, increasing tensions .

Fight for an increasingly scarce resource

In the recent past, oil was seen as the resource that could trigger World War III . Overall, there have been wars over black gold in the past, and conflicts over this fossil fuel continue in places like the Niger Delta and the South China Sea.

But the shift from fossil fuels to renewable energy is taking place, and this loss of primacy of oil makes it less and less cause for conflict. On the other hand, the growing scarcity of water has made the spotlight increasingly focused on this resource.

Unlike oil, water has been the subject of an eternal debate about whether it should be a luxury good or a social good accessible to all. For this reason, its volatility as a source of conflict could be even greater than that of oil in its time of greatest importance.

In the case of Mexico and the United States, that future seems to be closer than previously believed. A treaty from almost three-quarters of a century ago has led to a wave of protests that has already left its first fatalities .

On Wednesday , two people were killed in a shootout with Mexican police as a result of protests against a dam that diverts water to the United States, the National Guard said. This is the most recent in a series of violent events resulting from increased tensions between protesters and officials in a region affected by drought.

In the border state of Chihuahua, agricultural producers angered by water being piped across the border threw Molotov cocktails and rocks at security troops. On Tuesday night they finally managed to occupy the La Boquilla dam and closed the gates.

At the center of the controversy is the 1944 International Water Treaty . Signed on February 3 of that year, it establishes that Mexico assigns water to the United States from the Rio Grande and the American Union assigns liquid to its southern neighbor through the Colorado River. Today 35 million Americans and 2 million irrigated hectares depend on water from the Colorado River .

Very critical in the Middle East

The Middle East is one of the most vulnerable regions in the world when it comes to environmental crises , especially in the next 30 years. The first Ecological Threat Registry, produced by the Australia-based Institute for Economics and Peace (IEP), warned of the massive displacement of 1.2 billion people worldwide by 2050.

The report indicates that more than 1 billion people live in countries that are unlikely to adapt to new challenges in the next 3 decades. “There are several countries in the Middle East that will be vulnerable to severe water shortages in the future,” said Steve Killelea, founder and CEO of the IEP.

The study states that there are 2.6 billion people in the world who are currently suffering from water stress , a figure that is expected to increase to 5.4 billion people by 2040. It is estimated that the most affected countries would be Lebanon, Singapore, Israel and Iraq .

“Ecological threats and climate change pose serious challenges to global peace,” the report highlights. Over the next 30 years, the lack of access to food and water will only increase if there is no urgent global cooperation, the study warns.

A Global Environmental Change study mapped how water wars will emerge around the world and which countries are most likely to see such a conflict in the coming decades.

By looking at the years 2050 and 2100 with different daily estimates of temperature and precipitation, different emissions forecasts, and other factors, the researchers designed an algorithm to predict the likelihood of conflict in different scenarios.

The document was an attempt to illustrate where future water wars or ‘hydro-political problems could arise. Competition for limited water resources is one of the main concerns for the coming decades, ”the researchers wrote.

The study identified potential “hot spots , ” which were often places where a source of water, such as a lake or basin, was shared by multiple countries or political groups.

Water sources such as the Nile, the Ganges-Brahmaputra in the Indian subcontinent, the Indus River in Asia, the Tigris-Euphrates rivers, and the Colorado were highlighted as potential hot spots.

But the researchers say that tension will not necessarily turn into conflict . “It depends on how well prepared and equipped countries are to cooperate,” the report highlights. “This is where we hope our research can help, by raising awareness of the risks so solutions can be found early on.”

The death of two agricultural producers this week amid protests over the water treaty between the United States and Mexico is a sad reminder that the “wars for water” thesis may become a reality even before what was thought.